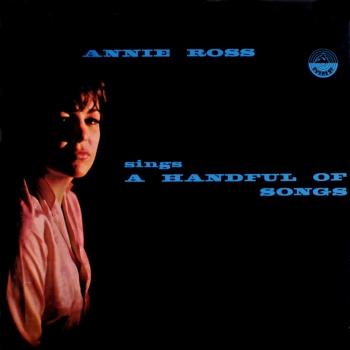 Sings a Handful of Songs (Remastered) 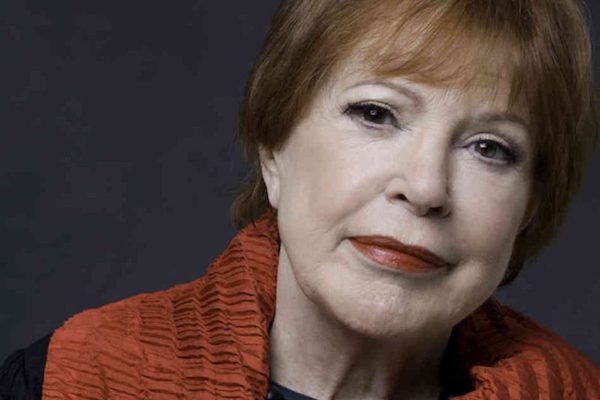 Annie Ross
As part of the vocal trio Lambert, Hendricks & Ross, Annie Ross was one of the early practitioners of a singing style known as "vocalese," which involves the setting of original lyrics to an instrumental jazz solo. She has been equally at home in the acting field, appearing in numerous films.
Ross was born in England, but raised in Los Angeles. She landed a role in the Our Gang film series at the age of eight, singing a musical number on the show. Returning to Europe, she began her singing career, working with musicians such as James Moody, Kenny Clarke, and Coleman Hawkins.
Ross returned to the United States in 1952, settling in New York City, and soon recorded Singin' and Swingin' with members of the Modern Jazz Quartet. Later that year she recorded an album with vocalist King Pleasure, including the classic example of vocalese, "Twisted," which featured her treatment of saxophonist Wardell Gray's solo. It is perhaps her most famous song and has been recorded by Joni Mitchell, Bette Midler, and many others.
In 1953, Ross toured Europe with Lionel Hampton's band, which included Clifford Brown, Art Farmer, and Quincy Jones. After several years in Europe, she returned to the States where she teamed up with vocalists Dave Lambert and Jon Hendricks on an album of Count Basie solos transposed for vocals. That was the beginning of the group Lambert, Hendricks & Ross.
Between 1957 and 1962, the group recorded seven albums, including the one that put them in the spotlight: Sing A Song Of Basie (1957). They toured all over the world and also appear in Dave Brubeck's musical theater piece The Real Ambassadors (1961). Ross left the group in 1962 and two years later she opened her own London nightclub called Annie's Room; a compilation of her 1965 performances there was released on Live in London (2006).
Ross also is an accomplished actress and has appeared in a number of films, such as Superman III (1983), Throw Mama from the Train (1987), Pump Up the Volume (1990), and Blue Sky (1994). Her most notable film role was as the jazz singer Tess Trainer in Robert Altman's Short Cuts (1993), in which she also sang. On stage, Ross appeared in Cranks (1955) in both London and New York, The Threepenny Opera (1972) with Vanessa Redgrave, and in the Joe Papp production of The Pirates Of Penzance (1982) with Tim Curry.
Ross resides in New York City where she still performs regularly.