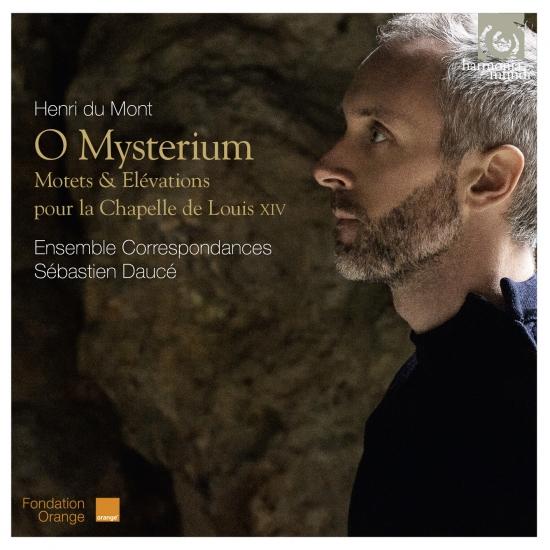 Cultivated at the height of the French baroque, Henry Du Mont's Grands Motets were written for the court of Louis XIV and published posthumously in 1684. Alongside Lully, Du Mont is credited as the creator of the form - an opulent style of church composition for soloists and choir. On O Mysterium, Sebastien Dauce leads the Ensemble Correspondances in a program of Du Mont 's Motets & Elevations pour la Chapelle de Louis XIV.
For 20 years (from 1663 to 1683) Henry Du Mont directed the music of the Sun King’s chapel. For the daily Mass there he built up a new repertory consisting of motets for full chorus and more intimate pieces for solo voices. The former aimed to transpose to the context of ‘ordinary’ the format of the large-scale works conceived for extraordinary ceremonies. Sébastien Daucé presents an innovative approach to these grands motets, that at once links specific musical features with historical data, for each of which he adopts a specific instrumental scoring.
Ensemble Correspondances
Sébastien Daucé, organ, direction