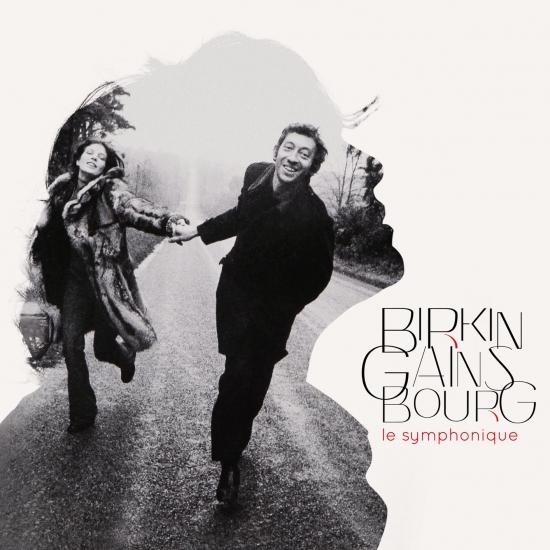 Birkin Gainsbourg Le Symphonique Jane Birkin has often dressed and undressed the works of Serge, the "legendary poet" whose songs she has been singing since the first album he composed for her, Serge Gainsbourg/Jane Birkin, released in 1969. Separation and even death made no difference: Jane wears the songs of her partner in music and life, whether they were created when they lived together or when the strength of their connection persisted beyond all conflict. "It is a privilege that one of the greatest French writers wrote for me from the age of 20 to 45. In a way it never stopped. It's a strange situation. What can I do for him now, even though it's too late! At least I can wear him, take him with me. Say his words! ". After Arabesque, which she made with the Algerian violinist Djamel Benyelles in 2002, and Via Japan, created ten years later with Japanese musicians, here is Birkin/Gainsbourg, Le Symphonique. Under the artistic direction of Philippe Lerichomme, "the man in the shadows", and Serge and Jane's travelling companion since the mid-1970s, twenty-four songs have been arranged by Nobuyuki Nakajima, "a great designer", according to Jane Birkin. "Nobu" was born in 1969 in the middle of Japan. He is a composer as well as a pianist. He is known for several film and television series soundtracks, including some created with Ryuichi Sakamoto, who composed the soundtracks for Merry Christmas Mr. Lawrence, The Last Emperor and High Heels. Released in 2015, the album Broken Blossoms reflects Nobuyuki Nakajima's elegance and vast musical culture. From L’Anamour (1969) to Lost Song (1987), the universe of Serge and Jane has been rearranged along the lines of classical music, with the bonus of specially invited songs, such as La Javanaise (1963) written for Juliette Gréco and Pull Marine (1983) for Isabelle Adjani. "Serge would have been delighted. He was always very moved by classical music, but he was modest, he was afraid that he wasn't good enough, even though he composed melodies such as La Javanaise and Fuir le bonheur! He was often inspired by the great composers, Brahms for Baby Alone In Babylon, Chopin for Jane B, Grieg for Lost Song - it's as if he had to sublimate something". Birkin/Gainsbourg: Le symphonique has a chequered history. It began in Japan in 2011, some time after the tsunami and the Fukushima nuclear disaster. Japan had welcomed Serge and Jane, then Jane by herself, with all the passion of a French love song. Jane saw the scarred country and went to give two concerts there in support of this Japan "which lives on a fault line and knows it. The Japanese people live with this strangeness, courageously. They have cultivated the beauty of the ephemeral, beautiful dishes, which disappear when you eat them, flower arrangements.» In 2011 Jane Birkin unexpectedly recruited a pianist there to accompany her. She was introduced to Nobuyuki Nakajima, says Nobu. He writes "beautiful arrangements, so delicate, so moving", and this is how the quartets came about and the tour which lasted two years, with the Via Japan show. The transmutation happened in 2016 in Montreal, when the FrancoFolies Festival of Quebec asked her to create a "Gainsbourg Symphonic" concert with the Montreal Symphony Orchestraunder the direction of Simon Leclerc. "And that's it - it was in the bag," says Jane happily. The idea took shape to do an album, arranged by Nobu. "For a year, he worked with Philippe Lerichomme on the project, chose the songs most suited to symphonic music and Nobu's style, which is quite dramatic. For me there were one or two songs missing in their choice - in particular I added Une chose entre autres. It's a personal message, in fact all the others are too, just like everything that he wrote after our separation, but this one says: "One thing among many that you do not know, you had the best of me more than any other". Yes, that seemed so true to me that I had the best of him. Until the day he died.
Jane Birkin, vocals
Monte-Carlo Philharmonic Orchestra
Philippe Lerichomme, direction 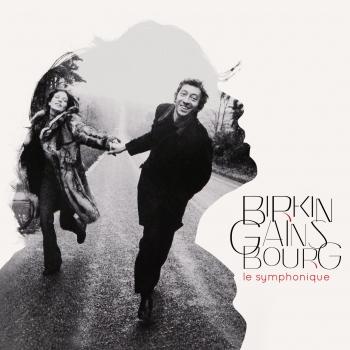 Jane Birkin
At twenty years old, after being noticed in “Blow-up” by Michelangelo Antonioni, Jane Birkin arrived in France on the filming of “Slogan”. Pierre Grimblat was looking for an English woman to play opposite Serge Gainsbourg. Thus began their mythical love story in 1969 Paris. They never left each other and created the legend in the “underground” bars where the libertarian post sixty-eight wind blew. They recorded “Je t’aime moi non plus”. Censorship maddened, the record sold a million copies in a few months. Their daughter Charlotte Gainsbourg was born in 1971. In 1973 “Di Doo Dah” was released, Jane’s first solo album. In 1975, the terrific lovers returned with “Je t’aime moi non plus”, the film. The public was seduced by Jane’s acidulous accent, her half high-pitched half whispered voice, and the soft atmosphere she breathed into Serge’s tortured texts. In 1981, Jane left Serge. Gainsbourg suffered from the separation and admitted it, discreetly, by delivering “Baby alone in Babylone”. After the release of “Lost Song” in 1987, Jane took to the stage, at the Bataclan “to amaze Serge”. In 1990, Gainsbourg gave her a declaration album: “Amours des feintes”. It would be the last. He passed away on 2 March 1991. Her fans who urged her to continue “singing Serge”, would have their wishes granted in 1996, the year of “Versions Jane”, where different artists such as Goran Bregovic or the Senegalese percussionist Dudu N’Diaye Rose re-orchestrated 15 works of the young Gainsbourg’s repertoire. In 2002, Jane wanted to do her own interpretation of Elisa, Les Dessous Chics, her favourite song, or Amours des feintes. Accompanied by eastern musicians, she brought the songs by Serge, to “Algerian, Andalusia, Jewish and gypsy” audiences all at once. This new show was named Arabesque. Following the earthquake and the nuclear catastrophe at Fukushima, Jane went to Japan to participate in a fund-raising concert for the victims. It was here that she met Nobuyuki Nakajima who would then arrange Gainsbourg’s songs in a jazzy style for a tour commemorating the 20 years since his death, Serge and Jane “VIA JAPAN”. In 2013, Jane Birkin, Michel Piccoli and Hervé Pierre created a reading inspired by sixty texts chosen from the entirety of Serge Gainsbourg’s work: “Gainsbourg, prominent poet”. On 11 May 2017, at the Opéra Garnier Monte-Carlo, we will welcome her back for a new tribute to Serge Gainsbourg where she will be accompanied by the Monte-Carlo Philharmonic Orchestra.