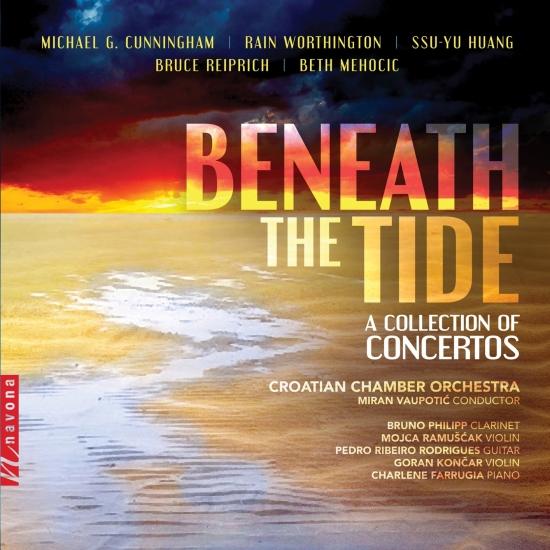 Info for Beneath the Tide

PARMA Recordings, together with the esteemed Croatian Chamber Orchestra, is proud to release Beneath the Tide, a reflection on human emotion and experience through a collection of five concertos. As the title suggests, Beneath the Tide looks under the surface, examining underlying human realities that rise to the surface with the arrival of life’s changes. Beneath the Tide starts off with Clarinet Concertos by Michael G. Cunningham. A weighty, dissonant performance, the solo clarinet is carried by the sometimes urgent, sometimes quietly brooding harmonies of the orchestra. Clarinet Concertos is followed by Rain Worthington’s In Passages for string orchestra, where the solo violin and orchestra pass the lead voice back and forth. Ssu-Yu Huang’s Guitar Concerto No. 1 is a reflection on nostalgia after moving to a foreign country. The guitar’s voice, which sings a motif inspired by a Hengchun folksong “Nostalgia,” is balanced by the accompanying orchestra, conveying the sudden outbursts of suppressed emotions that one in the midst of melancholy may experience. Bruce Reiprich’s Lullaby, written upon the birth of a friend’s child, is a harmonically lush composition for violin solo and orchestra. Tender and sentimental, the piece reflects on the wonder of new life and the love that comes as people gather to help a child grow. Beneath the Tide concludes with the triumphant Concerto for Piano and Orchestra by Beth Mehocic—triumphant not only in character, but also for the fact that the piece has finally been brought to life after its creation 40 years ago. The piece, which had been considered “too conventional” by Mehocic’s instructors, is a grand, thematic performance with bright brass, lively percussion, and swooping piano gestures, and its entry into the listening sphere is not to be missed. Beneath the Tide provides a stunning look into the minds of five composers, as well as a reflection on the human experience itself. Demonstrating the multifacetedness of the recording orchestra, and the limitlessness of the denotation “concerto,” Beneath the Tide is a first-rate classical experience.
Bruno Philipp, clarinet
Mojca Ramušćak, violin
Goran Končar, violin
Charlene Farrugia, piano
Croatian Chamber Orchestra
Miran Vaupotić, conductor 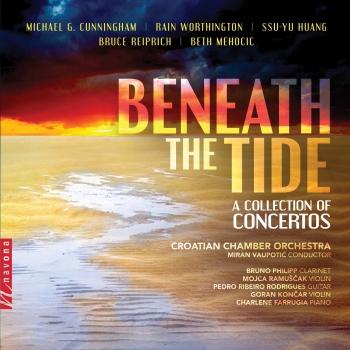 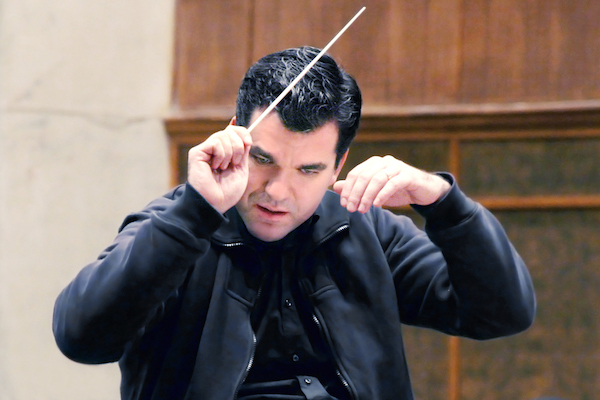