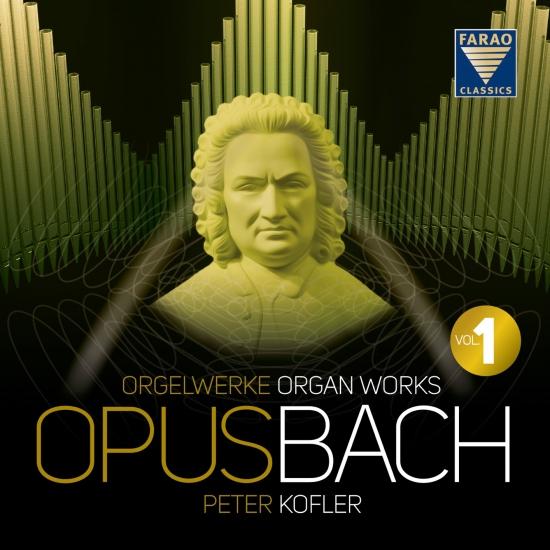 In March 2017 organist and harpsichordist Peter Kofler launched his ongoing Bach project: a complete recording of Johann Sebastian Bach’s organ works. Unlike performers of earlier complete recordings, Kofler opted for a “modern” instrument for this enterprise. For not only was J. S. Bach the perfecter of a great polyphonic era, he was an innovator and stimulator as well, particularly in the field of organ music. Be it the introduction of the tempered tuning system, the virtuoso use of the organ pedal or the development of the fortepiano: Bach significantly contributed to each of them and was one of the first to employ the possibilities of these modern developments. The four-manual Rieger organ at the Jesuit church of St. Michael’s in Munich with its 75 stops offers many of the characteristics verifiably valued by Bach. It features an imposing fortissimo and a multitude of characteristic stop timbres that the cantor of Leipzig’s Thomaskirche partly could only dream of in his days.
“Everybody who has enjoyed this sound experience even just once will share my enthusiasm. However, what I consider the center of this project is neither the modern organ nor the sound engineering, but purely and simply Johann Sebastian Bach’s music.“ (Peter Kofler)
Peter Kofler, organ 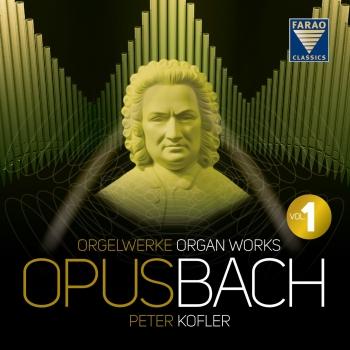 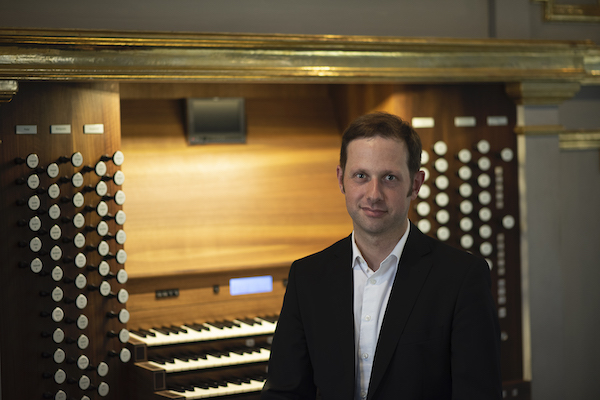 Peter Kofler
A native of Bolzano, South Tyrol, organist and harpsichordist Peter Kofler (*1979) received his first musical training at the Claudio Monteverdi Academy of Music in his hometown.
At the University of Music and Performing Arts in Munich he studied the organ and church music with Harald Feller as well as harpsichord with Christine Schornsheim.
Peter Kofler has performed with distinguished conductors such as Mariss Jansons, Franz Welser-Möst, Bernard Haitink, Riccardo Muti, Daniel Harding, Esa-Pekka Salonen, Giovanni Antonini, and Thomas Hengelbrock.
He is a founding member and regular harpsichordist of the ”L’ Accademia Giocosa” Baroque Orchestra.
Peter Kofler is a regular guest at grand international music festivals. Among his chamber music partners are Dorothee Oberlinger, Dmitry Sinkovsky, Ramón Ortega Quero and Gabór Tarkövi. As an organ soloist he has played recitals at Notre-Dame de Paris, the Lucerne Culture and Congress Centre, Saint Petersburg’s Mariinsky Theatre, at Berlin Cathedral and Philharmonie, St. Stephen’s Cathedral in Vienna, at the Dresden Frauenkirche, St. Michael’s in Hamburg, and many other locations.
Since August 2008 Peter Kofler has been the organist of the Jesuit Church of St. Michael’s in Munich. The Bücher- Dieckmeyer Foundation granted him its Award for Services to Church Music in Bavaria. He is the founder and artistic director of the international organ festival ”Münchner Orgelherbst” at St. Michael’s and teaches the organ and choral conducting at Munich’s University of Music and Performing Arts.
Between 2003 and 2014 Peter Kofler served as répétiteur and assistant to Hansjörg Albrecht at the Munich Bach Choir. From 2007 to 2010 he conducted the Klassikchor Munich.
Various CD and radio broadcast recordings complete his artistic profile (ZDF, BR, RAI, Deutsche Grammophon, Sony Classical, Querstand, Raumklang, Tudor, OehmsClassics, Solo Musica). His organ CD ”Transkriptionen” has received criticial praise in the media and been nominated for the German Record Critics’ Award (”Preis der deutschen Schallplattenkritik”).