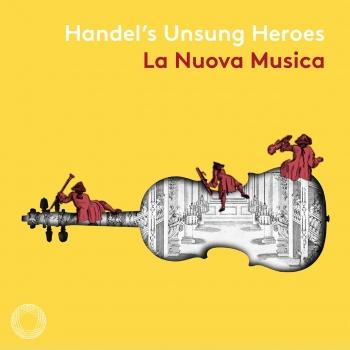 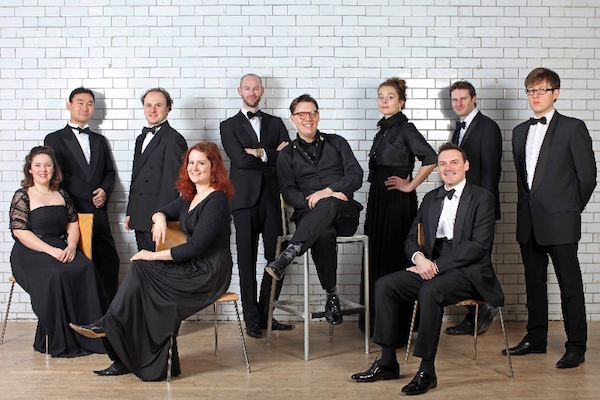 La Nuova Musica
was founded by its artistic director David Bates in 2007 whilst in residency at Snape Maltings, with the aim of harnessing the energy that the Baroque demands of its performers as a potent tool in striving to move audiences.
The group was swiftly hailed by BBC Radio 3 as “one of the most exciting consorts in the early music field”. They received the classical nomination at the 2012 South Bank Sky Arts/The Times Breakthrough Awards. In the same year, LNM signed with harmonia mundi USA and their recordings have allowed them to reach an international audience, working with artists including Lawrence Zazzo, Robert Murray, Sophie Junker, Lucy Crowe, John Mark Ainsley and Tim Mead.
Highlights of 2015 were concerts at the inaugural ‘Sagra Musicale Umbra’ in Perugia, Handel’s Israel In Egypt in Salisbury Cathedral and a performance of Acis and Galatea at SJSS – a collaboration with Perfumier Sarah McCartney, which received a 5* review in the Times describing it as “a reading that sparkled from the giddy overture to the consoling final chorus.“. They also gave two concerts at Wigmore Hall, the first with counter tenor Bejun Mehta, hailed by the press as “a wonderfully democratic evening of music making on the highest level”. It was followed by “the hottest ticket in town”, a concert performance of Cesti’s Orontea, where “Bates’ conducting had superb poise, and the cast was impeccable, with not a weak link anywhere” (The Guardian).
2016 sees the release of a new disc for harmonia mundi of Couperin’s Leçons De Ténèbres with Lucy Crowe and Elizabeth Watts and a recording of Pergolesi Stabat Mater and Bach BWV 54 & 170 with Lucy Crowe and Tim Mead.
Concerts include Handel’s Berenice at the Göttingen Internationale Händel Festspiele and Purcell’s Dido and Aeneas at the Brighton International Festival with Dame Ann Murray. LNM also made their debut at Salzburger Festspiel, where the concert was hailed by the press as “a great performance, a wonderful evening”. They will return to Wigmore Hall in November with a stellar cast for Cavalli’s La Calisto and round off the year with a Christmas concert at SJSS.
La Nuova Musica is a Baroque ensemble based in London, whose chief desire is to bring the highest standard of musical performance of 17th and 18th century repertoire for the benefit of as wide an audience as possible.
Far from being dead and remote, the music and texts of the Baroque help us in the 21st century to ponder the concerns of human nature in an emotionally truthful way. Coming to us from an age before technical means of communication and enhancement of sound were available, the music’s impact is colourful, sophisticated and visceral.
The energy that the Baroque demands of its performers, is LNM’s most potent tool in striving to move audiences. LNM’s repertoire reflects the chief forms of the period – opera and choral. LNM’s work covers concerts, performance of opera, (either fully or semi-staged), and recording projects in collaboration with the world’s foremost ‘period performance practice’ recording company – harmonia mundi USA.
LNM often hosts pre and post concert conversations with our audiences, open rehearsals, and mounts masterclasses with established opera singers and work with recent graduates from Music Conservatories all over Europe.
We call upon the finest international operatic singers, instrumentalists, and choral singers, with a particular desire to pit experienced musicians along side the latest generation of musicians. Both parties learn from each other and create an electric atmosphere in the rehearsal room. This energy always translates to the concert platform, creating performances of real depth, detail and vivacity.