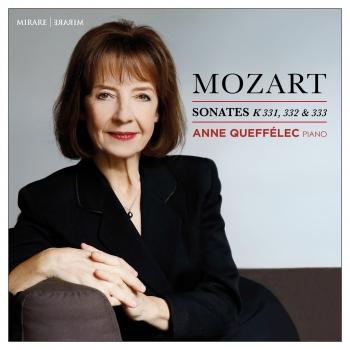 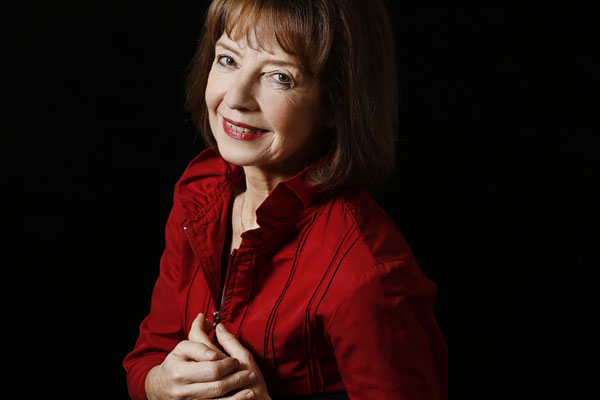 Anne Queffélec
has established herself as one of the most remarkable pianists of our time. She currently enjoys an international fame and she is considered as an influential character of the music world.
After graduating from the Paris Conservatoire, she moved to Vienna to follow the instruction of Badura-Skoda, Demus and first and foremost, Alfred Brendel. She gained public recognition for her charming musical smartness after winning the first prize in the Munich International Competition and in Leeds a year later. She played under the direction of great conductors and with prestigious orchestras : the London Symphony, the London Philharmonic, The Philharmonia Orchestra, the BBC Symphony, the Academy of St Martin in the Fields, the Zurich Tonhalle, the Chamber Orchestra of Poland, the Orchestre de Chambre de Lausanne, the Tokyo NHK Orchestra, The Kanazawa ensemble, the Hong Kong Philharmonic, the Orchestre National de France, the Orchestre Philharmonique de Radio France, de Strasbourg, de Lille, the Prague Philharmonia, the Kremerata Baltica Orchestra. Anne Queffélec is a regular performer of French and international festivals. In La Roque d’Anthéron she played the complete Mozart sonatas and was broadcast live on France Musique, confirming her intimate and passionate relation with the world of Mozart.
Both on stage and on record, Anne Queffélec master a wide-ranging repertoire. Her discography has over 30 recordings published by Erato, Virgin Classic and Mirare.
Her new record "Satie et compagnie" has been awarded a "Diapason d'Or" and is also praised in the April issue of Gramophone.