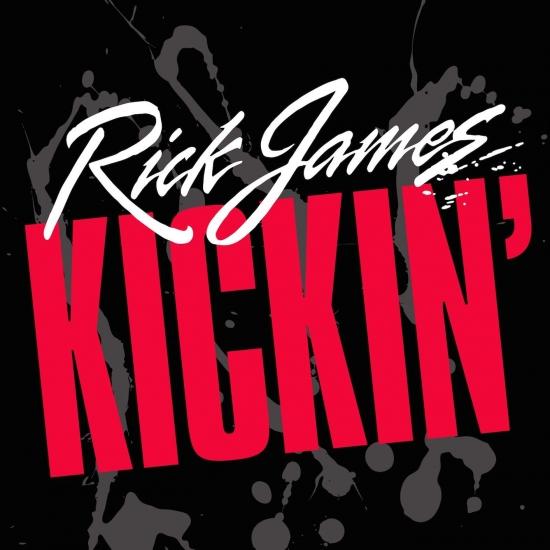 This 1989 album was to be and is James’s second release for Reprise. It was only released as a promo in the UK by way of WEA. While the worth of albums like this are often inflated due to the scareity of the product, for Kickin' the raves are deserved, this is good to great Rick James. Despite what was going on in James’s personal life, this era found him somewhat active. “Loosey’s Rap” was a no 1 hit in 1987. The Everywhere I Go” appeared on Warner Brothers’s soundtrack Colors.
Fans of James often found his post Throwin’ Down output downright spotty. Even with the best efforts of this era like Glow James’s confidence and attentions often flagged. Even more so on The Flag. Unlike the textbook so-so Wonderful, Kickin’ has James sounding somewhat like himself again and in strong voice.
No doubt songs like the muscular and ethereal “U Got It Real Good” and infectious title track would have sounded a tad old in comparision to Prince, rising West Coast rap and New Jack Swing. And oddly enough that fact made this not sound as played out as it could of been.
Still there’s no excuse for everything here. On the corny “rock n’ roll” of “Black and White” James essays on interracial dating and uses a snippet of long gone Martin Luther King (in rhythm no less) as his unwitting accomplice. It's hilarious.
Those looking for great Rick can indeed find it on Kickin’. The sexy and playful “School You” and “Get with It” are both skilled and insinuating that no doubt would have gotten a lot of play from true James fans. James even gets mileage out of the potential treacle of “Rock N’ Roll Eyes.” On the track Rick does double duty ringing tears out of long lost love and a certain era of heroes. Sure it’s a totally “oh please” moment but does it ever work. In a sense it was perfect to end Kickin’ on that note. ( Jason Elias, www.popcultureidiot.blogspot.de) 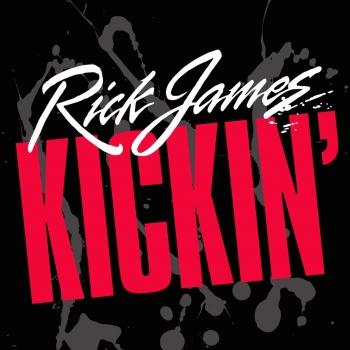 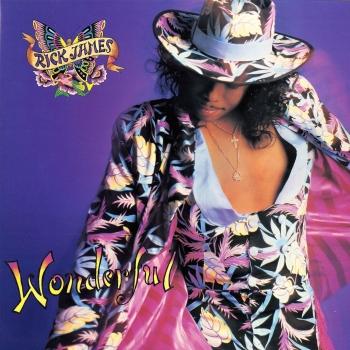 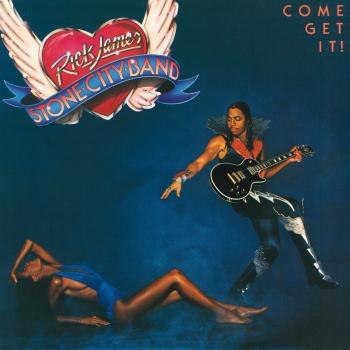 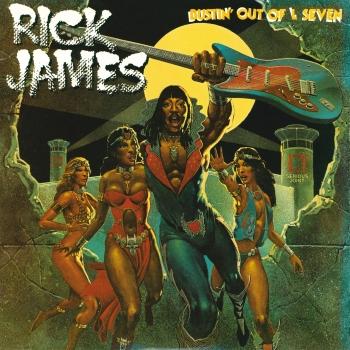 Bustin' Out Of L Seven (Remaster) 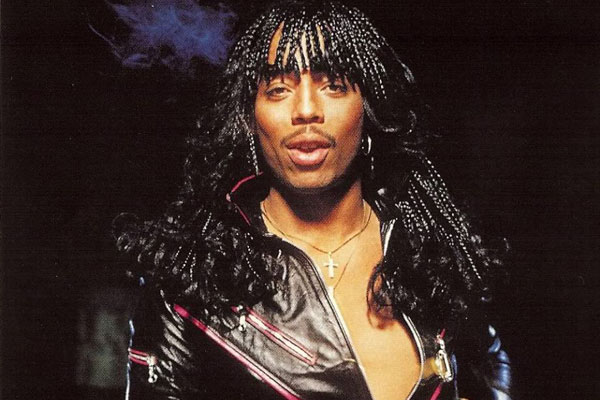 Rick James
In the late '70s, when the fortunes of Motown Records seemed to be flagging, Rick James came along and rescued the company, providing funky hits that updated the label's style and saw it through into the mid-'80s. Actually, James had been with Motown earlier, though nothing had come of it. After growing up in Buffalo and running away to join the Naval Reserves, he ran away from the Navy to Toronto, where he was in a band with future Buffalo Springfield members Neil Young and Bruce Palmer, and with Goldy McJohn, later of Steppenwolf. As the Mynah Birds, they signed to Motown and recorded, though no record was ever released. James had a journeyman's career playing bass in various groups before signing again to Motown as an artist, songwriter, and producer. His first single, "You and I" (May 1978), topped the R&B charts and reached the pop Top 40. "Mary Jane" (September 1978) was another hit. Both were on James' debut album, Come Get It! (June 1978), which went gold. Subsequent efforts were not as successful, though Bustin' Out of L Seven (January 1979) featured the R&B hit "Bustin' Out" (April 1979). James returned to form with the number one R&B hit "Give It to Me Baby" (March 1981), featured on the million-selling Street Songs (April 1981), which also featured the hit "Super Freak." James turned his production attention to resuscitating the career of the Temptations, recently returned to Motown, and "Standing on the Top" (April 1982), credited to the Temptations featuring Rick James, was an R&B Top Ten. (He also produced recordings by Teena Marie and the Mary Jane Girls.) James' follow-up to Street Songs was the gold-selling Throwin' Down (May 1982), which featured the hit "Dance Wit' Me." The title song of Cold Blooded (August 1983) became James' third R&B number one, and the album also featured his hit duet with Smokey Robinson, "Ebony Eyes." James' greatest-hits album Reflections (August 1984) featured the new track "17" (June 1984), which also became a hit. Glow (April 1985) contained Top Ten R&B singles in the title track and "Can't Stop," which was featured in the summer movie blockbuster Beverly Hills Cop. The Flag (June 1986) featured the hit "Sweet and Sexy Thing" (May 1986). James left Motown for the Reprise division of Warner Bros. Records as of the album Wonderful (July 1988), which featured his number one R&B hit "Loosey's Rap," on which he was accompanied by rapper Roxanne Shante. Nevertheless, his "punk funk" didn't seem to rest comfortably with the trend toward rap/hip-hop. In 1989, James charted briefly with a medley of the Drifters hits "This Magic Moment" and "Dance With Me." In 1990, MC Hammer scored a massive hit with "U Can't Touch This," which consisted of his rap over the instrumental track of "Super Freak." That should have made for a career rebirth, but James was plagued by drug and legal problems that found him more frequently in court and in jail rather than in the recording studio. The majority of his legal woes behind him, James returned in 1997 with Urban Rapsody, which didn't yield any hits but was well accepted by critics. Rick James died of a heart attack on August 6, 2004, at his Los Angeles home.