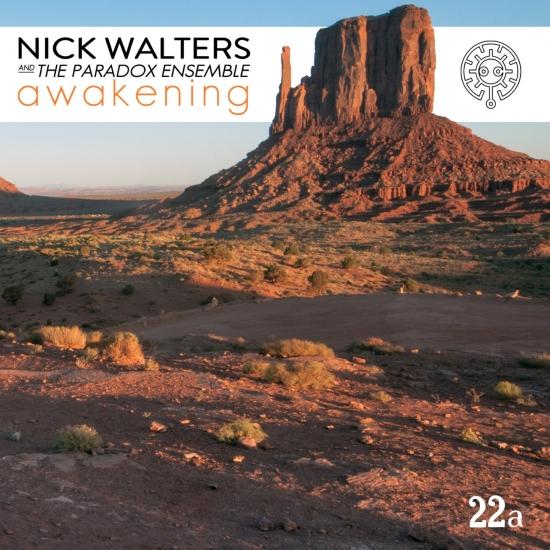 Paradox Ensemble was formed in 2013 by trumpeter Nick Walters bringing together some of his closest musical collaborators from various projects he was involved in. After a debut release entitled 'Entanglement' on Efpi Records and several gigs around the country, the project has lied dormant for a few years, before returning in 2018 with the album 'Awakening', set to be released on 22a in January 2019. The large ensemble seeks to juxtapose composed ensemble passages with extended improvised sections, allowing all band members space and freedom to explore within the composed structure. Diverse musical influences from all over the world are heard, along with the incorporation of electronic sounds and live effects on the acoustic instruments. Above all the music is underpinned by a solid groove - this is music to move to as well as to listen to.
22a 023 see's trumpeter, friend and long time label affiliate Nick Walters bring his Paradox Ensemble back to life with a new album titled 'Awakening'. The thirteen piece group combine spiritual and eastern jazz moods with West African rhythms, channeling the spirit of Woody Shaw, Charles Mingus and other absent friends. The band features some familiar faces such as Ed Cawthorne (aka Tenderlonious) on tenor sax and flute, Aidan Shepherd (Ruby Rushton) on accordion, and of course the incomparable Nick Walters (Ruby Rushton & Riot Jazz) on trumpet and synths.
'34268' - inspired by an Agbadja rhythm from Togo - features two ways of emphasizing the same rhythmic motif - the first half a slower pulse of three beats to the bar before quickening to a four to the floor groove for the second half, accompanied by a classic trumpet solo from Walters.
'Dear Old Thing' is a tribute to beloved cricket commentator Henry Blofeld, "dear old thing" was his catchphrase. The musical inspiration is channeled from Eric Dolphy via an exquisite flute solo from Ed Cawthorne (Tenderlonious) and another transcendent solo from Walters.
'Brahman' means 'the Absolute, the Ultimate Reality’ in Hindu philosophy - infinite eternal truth and bliss which does not change, yet is the cause of all changes. Carla Ibled on harp wows with a deep and dramatic Alice Coltrane style intro, before it breaks into an intricate up beat groove that Sam Healey cuts to shreds with his soaring alto sax solo.
The album closes with the floaty, spiritual 'Zeno', a tribute to the ancient Greek philosopher Zeno, who is still renowned today for his paradoxes.
Nick Walters is arguably one of the most respected, yet underrated musicians in the UK Jazz scene. 22a are very proud to present this project, that is entirely composed and arranged by him, featuring a roster of extremely talented musicians.
He has dedicated this record in loving memory of Oli Coles & Becky Dykes.
Nick Walters, trumpet, electronics
Sam Healey, alto saxophone
Ed Cawthorne, flute, tenor saxophone
Richard Foote, trombone
Ben Kelly, sousaphone
Rebecca Nash, piano, Fender Rhodes
Anton Hunter, guitar
Aidan Shepherd, accordion
Carla Ibled, harp
Paul Michael, bass
Jim Molyneux, drums
Kodjovi Kush, percussion
Adesose Wallace, percussion 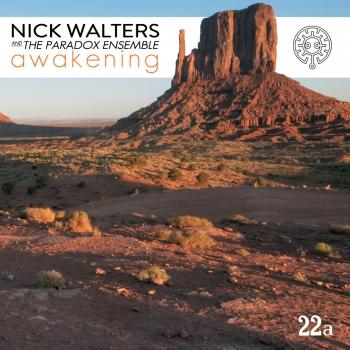 Nick Walters and The Paradox Ensemble 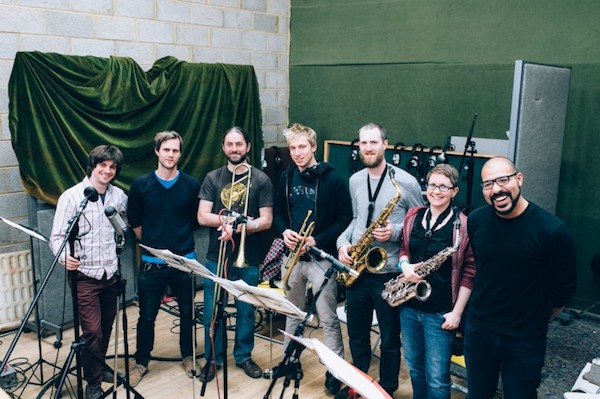 Paradox Ensemble
Manchester and London-based nonet led by trumpet player Nick Walters (Riot Jazz, Beats & Pieces Big Band). Bringing together many strands of his musical experience, Nick has taken inspiration from jazz composers such as Gil Evans, electronic artists such as Aphex Twin, and from artists who blur the lines between the two, such as Jaga Jazzist and Tortoise. The result is, as Manchester Jazz Festival put it ahead of the groupʼs live debut in 2013, ‘a coherent synthesis of electronics, live effects and samples but retaining an earthy groove.ʼ Paradox Ensemble released ‘Entanglement’ in August 2013 on Efpi Records.