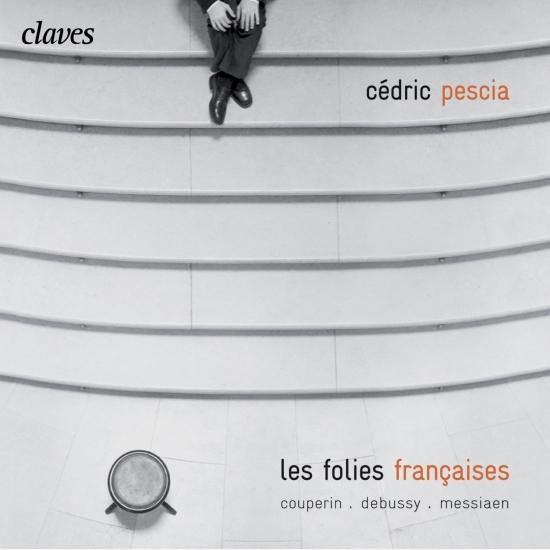 Cédric Pescia is one of the stalwarts in the current Claves catalogue. Following his recording of Bach’s Goldberg Variations (CD 50-2407); which made a deep impression upon its release in 2004; and a double album with piano music by Schumann (CD 50-2603/04); which critics greeted enthusiastically upon its release in 2006; the talented young pianist is back with a new recording in his indelible style: original and audacious. Entitled “Les Folies Françaises”; he leads listeners back to the heart of a musical tradition to which he felt irresistibly pulled following his two recordings with Germanic roots.
This French tradition seems to speak with particular acuity to his fingers and his spirit. Couperin–Debussy–Messiaen–Couperin: the programme; which ripened over time; is constructed like a voyage through the centuries and is dedicated to three composers whose connections are manifest: Debussy’s elegance and clarity are clearly reminiscent of Couperin; and Messiaen was fascinated by Debussy’s innovations and touched by the subtle musical impressions of the elder composer. The musical voyage is made even more agreeable by the absorbing notes signed by Cédric Pescia himself. Much more than just an addendum; they are the first scene in a programme of recordings for 2008 that promises to be rich and varied.
Cédric Pescia’s selections
Recorded at the mythical Teldex Studio in Berlin; Cédric Pescia wanted to employ different pianos for the different music and made the recording on two magnificent instruments. The perfectionist he is; he also decided to record Couperin’s pieces using a tuning from the composer’s time instead of the equal temperament employed on modern instruments.
The result is a sumptuous recording; rich; colorful; intelligent – perhaps the artist’s most telling album … to date!
Cédric Pescia, piano 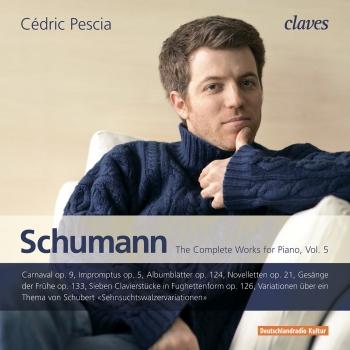 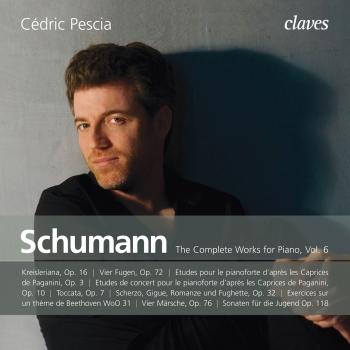 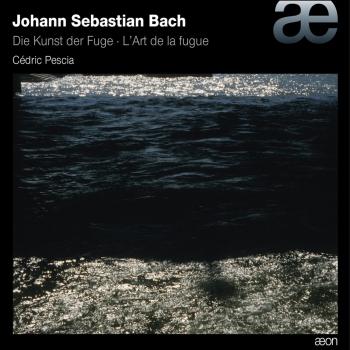 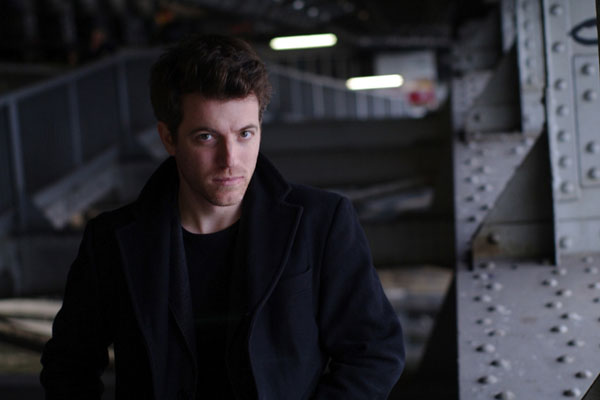 Cédric Pescia
pianist of dual French and Swiss nationality, was born in Lausanne. He studied with Christian Favre at the Conservatoire de Musique in Lausanne, later with Dominique Merlet at the Conservatoire de Musique in Geneva where he earned a Premier Prix de Virtuosité with honors and completed his studies with Klaus Hellwig at the Universität der Künste in Berlin.
In addition he has studied with Pierre-Laurent Aimard, Daniel Barenboim, Henri Barda, Dietrich Fischer-Dieskau, Ivan Klansky, Christian Zacharias, Ilan Gronich and with the Alban Berg Quartet. From 2003 until 2006 he was invited to attend the famous International Piano Academy, Lake Como (Italy) where he worked with Dimitri Bashkirov, Leon Fleisher, William Grant Naboré, Menahem Pressler, Andreas Staier and Fou Ts´ong.
Cédric Pescia was the brilliant First Prize Winner (Gold Medalist) at the 2002 Gina Bachauer International Artists Piano Competition in Salt Lake City (USA).
Concert tours have taken him throughout Europe, China, South America, North Africa and in the USA. He has performed at the Berlin Philharmonie, the Berlin Konzerthaus, the Hamburg Laieszhalle, the Mozarteum Salzburg, Carnegie Hall New York, Shanghai Oriental Arts Center, Wigmore Hall London, Tonhalle Zürich, Vienna Konzerthaus and has appeared in leading music festivals such as: Prague Spring Festival, Lucerne Festival, Menuhin Festival-Gstaad, Schleswig-Holstein Musik Festival, Sommets Musicaux de Gstaad, Davos Festival, Festival de Radio France et Montpellier, Les Muséiques Basel and Schubertiade Hohenems.
His orchestral appearances have been with the Orchestre de la Suisse Romande, the Orchestre de Chambre de Lausanne, the Orchestra Sinfonica di Milano Giuseppe Verdi, the Utah Symphony, the Festival Strings of Luzern, the Orchestra della Svizzera Italiana, the Ensemble Oriol Berlin, the Klassische Philharmonie Bonn, the Camerata Bern, the Basler Kammerorchester, the Deutsche Radio Philharmonie Saarbrücken Kaiserslautern, the Göttinger Symphonie Orchester and the Orchestre National de Lille.
In addition to his activities as a soloist, his love for chamber music regularly leads to performances with other eminent musicians. For many years Cédric Pescia has been working in close collaboration with violinist Nurit Stark.
He is founding member and artistic director of the Lausanne chamber music series Ensemble enScène.
In 2005 and 2007 he served as a jury member in the Clara Haskil Competition in Vevey.
He is giving master classes in the USA and in Europe, a.o. at the prestigious Accademia Pianistica Internazionale \"Incontri col Maestro\" in Imola, Italy.
In 2012 he was appointed professor for piano at the Haute Ecole de Musique de Genève.
In 2007, Cédric Pescia was honoured with the Prix Musique de la Fondation Vaudoise pour la culture. He was a also a prizewinner at the Bourse de la Fondation Leenaards in Lausanne. The duo Nurit Stark (violin) and Cédric Pescia is supported by the Forberg-Schneider Foundation.
For Claves Records, he has recorded Bach\'s Goldberg Variations, Schumann\'s complete works for piano solo (vol. 2 + vol. 5) and a CD of French music featuring Couperin, Messiaen and Debussy, F. Busoni\'s and G. Enescu\'s Violin and Piano Sonatas with Nurit Stark, as well as Beethoven\'s Piano sonatas op. 109, 110 and 111, six CDs which were unanimously acclaimed by the critics. His new recording John Cage : Sonatas and Interludes for prepared piano is released by Aeon.